Comprising vocalist Jenna McDougall, rhythm guitarist Jake Hardy, bassist Cameron Adler and drummer Matty Best, Tonight Alive are one of the most adored rock bands to emerge out of Australia in the last decade. After self-releasing the EPs All Shapes & Disguises and Consider This in 2010, the band released a string of albums in What Are You So Scared Of? (2011), The Other Side (2013) and 2016’s Limitless.

In 2018, the band’s fourth full-length Underworld debuted at #11 on the ARIA charts and landed the coveted triple j Feature Album slot. Musically, Underworld symbolises the totality of the band’s life coming full circle after experiencing their highest highs and lowest lows. They share an emotional journey into their personal shadows of the underworld, something they feel strongly we all possess within us. Singer Jenna McDougall artfully awoke the feelings that she had repressed and used them as a driving force when writing her lyrics and recording this album. She dissected her darkness to get a deeper understanding of who she really is and what she truly loves and it provided her the power and confidence to push herself to remember at the core, why she loves music. McDougall shares, “The album is called Underworld and I named it that because it reflects the ugly parts of me that I wasn’t ready to see until now.”

Tonight Alive and Friends will open 2020 with hotly-anticipated return to stage at UNIFY Gathering.

Underworld it out now via UNFD. 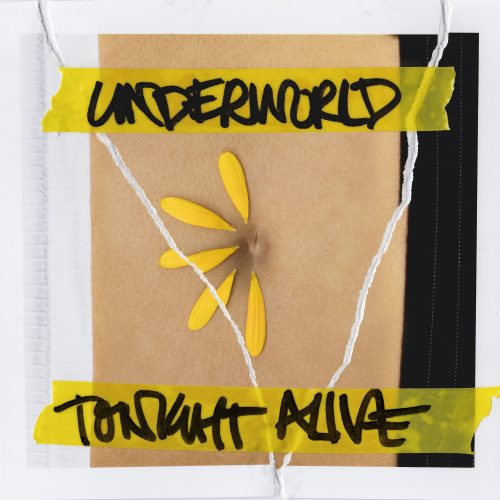