Adelaide alternative heavy outfit Sleep Talk first made noise with their 2016 debut EP Growing Pains – a compelling release which harnessed raw frustrations on the trials of growing up. ‘Mother’ was a desperate ode to holding on to lost childhood dreams, ‘Watch You Leave’ detailed the aftermath of a failed young relationship, while ‘Yellow Cars’ navigated the struggles of growing up with parents with high expectations.

After signing to UNFD in 2019, the band released their debut full-length record Everything In Colour. Featuring knockout singles ‘Slowfade’, ‘The Sun’ and the album’s title track, the record pit Sleep Talk’s knack for honest storytelling against their uniquely precise-yet-frenetic slice of alternative heavy music.

The record garnered whopping reviews including 9.5/10 from Wall Of Sound and 9/10 via Hysteria, meanwhile it was named Feature Album on major heavy radio station The Faction during release week. The band have spent the rest of 2019 touring the album as well as supporting the likes of Ocean Grove and West Thebarton, and will open 2020 with festival appearances at UNIFY and Invasion Fest. 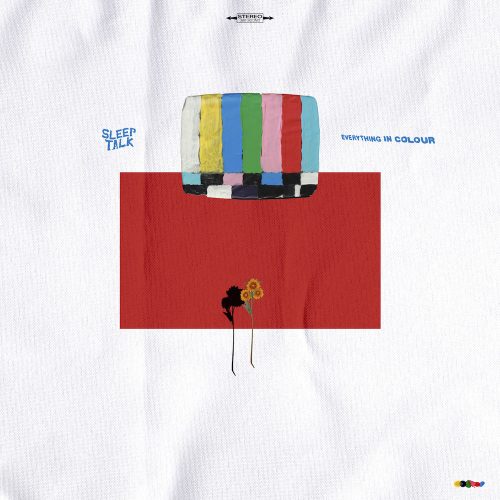