Across their four-album deep career, Ohio outfit Like Moths To Flames have garnered international praise for their ability to weave so cleverly between crushing brutality and soaring anthems. Evidenced by the millions of streams accumulated by tracks including ‘Bury Your Pain’, ‘No King’, ‘The Worst in Me’ and ‘You Won’t Be Missed’, and tours with bands like All That Remains, The Devil Wears Prada and Memphis May Fire, LMTF have cemented global recognition in the heavy sphere over the past decade.

With the release of their recent single ‘Into The Black’, the band revealed their surprise EP Where the Light Refuses To Go in full. Featuring previous singles ‘All That You Lost’ and’ Smoke And Mirrors’, it marks the band’s first official release on UNFD since their signing in September2019. 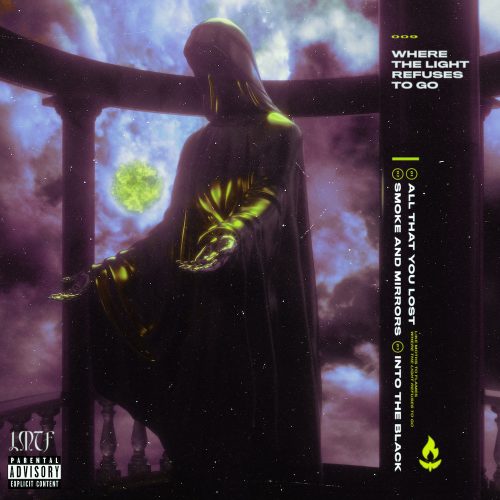 Where The Light Refuses To Go